We are extremely grateful to Professor Richard Holton of University of Cambridge for delivering the 2018 Annual Uehiro Lectures in Practical Ethics. 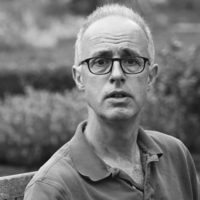 Professor Richard Holton is professor of philosophy at the University of Cambridge, and a fellow of Peterhouse. Before that he taught at MIT, Monash, the ANU, Sheffield and Edinburgh. He obtained a BA in PPE at University College, Oxford,before completing a PhD at Princeton. His areas of research are moral psychology and related areas, but also in ethics, philosophy of law and philosophy of language.

Series title:  Illness and the Social Self

Who we are depends in part on the social world in which we live. In these lectures I look at some consequences for three mental health problems, broadly construed: dementia, addiction, and psychosomatic illness.

Abstracts, links to audio files and blog posts below.

DEMENTIA & THE SOCIAL SCAFFOLD OF MEMORY

Loss of memory is a central feature of dementia. On a Lockean picture of personal identity, as memory is lost, so is the person. But the initial effect of dementia is not the simple destruction of memory. Many memories can be recognized with suitable prompting and scaffolding, something that thoughtful family and friends will naturally offer. This suggests a problem of access. More radically, if memory itself is a constructive process, it suggests a problem of missing resources for construction - resources which can be provided by others. This applies equally to procedural memories—to the practical skills likewise threatened by dementia. This leads us away from a narrowly Lockean approach: the power to recognize a memory, or exercise a skill, may be as important as the power to recall; and contributions from others may be as important as those from the subject.

Much recent work on addiction has stressed the importance of cues for the triggering of desire. These cues are frequently social. We have a plausible theory of this triggering at the neurophysiological level. But what are the ethical implications? One concerns the authority of desire: maximizing the satisfaction of desires no longer looks like a obvious goal of social policy once we understand the dependence of desires on cues. A second concerns an addict’s responsibility in the face of cues. I suggest that the provision of cues can be thought of as akin to pollution, for which the polluter may bear the primary responsibility. I spell out some of the political implications and ask whether there are good grounds for extending the argument to the cues involved in obesity.

Many illnesses have been thought—controversially—to have a psychosomatic component. How should we understand this? Sometimes a contrast is made between organic illness and mental illness: psychosomatic illnesses are the latter masquerading as the former. But if the mental is physical, and hence organic, this will not help. An alternative approach distinguishes between symptoms that are influenced by the patient’s attitudes, and those that are not; psychosomatic illnesses are marked by the former. Does this make the class too wide? Suppose I aggravate a bad back by refusing to exercise, falsely expecting the exercise to be dangerous. My symptoms are influenced by my attitude: are they therefore psychosomatic? I suggest that there is no sharp cut-off. I examine the role of attitudes in various illnesses, including addiction, focussing on the ways that social factors affect the relevant attitudes. I ask whether recognition of a continuum might help lessen the stigma that psychosomatic illness has tended to attract, and suggest other ways that treatment might be more attuned to these issues.

LECTURE ONE: DEMENTIA & THE SOCIAL SCAFFOLD OF MEMORY

Write-up of the first lecture by Dr Jonathan Pugh on our blog here.

Write-up of the second lecture by Dr Jonathan Pugh on our blog here.

Write-up of the third lecture by Dr Jonathan Pugh on our blog here.

In this interview with Dr Katrien Devolder for the Practical Ethics YouTube Channel Professor Richard Holton (Philosophy, Cambridge) argues that  those interacting with people suffering from dementia have an important role to play in buttressing their identity. He also discusses the implications of his views for the role of family and friends in medical decision-making for those with dementia, and for the thorny ethical question of whether doctors should respect their advance directives.

In this interview, Professor Richard Holton  discusses what addiction is and presents one promising route for tackling it.

Details of Professor Holton's book for the Lecture series will be posted here in due course.