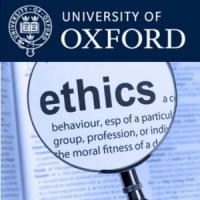 Practical Ethics Bites is a series of audio podcasts on practical ethics targeted specifically at pupils studying philosophy or religious studies at A level in UK schools.

The series aims to be an educational resource for teachers as well as students.

Each interview is around 20 minutes long. The interviews will be posted below and will also be available on iTunesU.  They are completely free to listen to.

Professor Jeff McMahan: Is there such a thing as a just war? (release date 22 October 2014)

The series has been noted for its high quality by the Pearson Edexcel Religious Studies Team, who describe it as an 'exciting new teaching resource'. Read full editorial here.

Any comments about our online resources?

We would love to hear from you about the usefulness of our resources - if you have any comments please let us know by submitting your feedback.