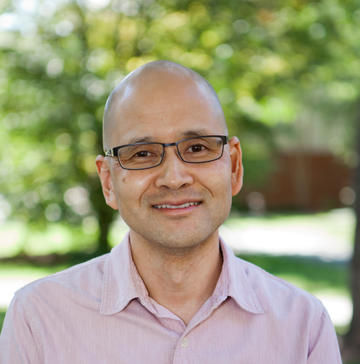 We wish to thank Professor Michael Otsuka for his insightful lecture series 'How to pool risks across generations: the case for collective pensions'.

Speaker: Michael Otsuka is a Professor of Philosophy at the London School of Economics. He is the author of Libertarianism without Inequality (OUP 2003) plus a number of articles in journals such as Philosophy & Public Affairs and Ethics, mainly on topics in normative ethics and distributive justice. His current research interests encompass prioritarianism, egalitarianism, and the separateness of persons; collective goods and the benefits of cooperation; risk-pooling, pensions, and insurance; the fairness and value of risks and chances of benefits; property ownership and the nature of money; and left-libertarianism versus social democracy and socialism. The focus of his teaching is on philosophy and public policy as well as moral and political philosophy. He posts blogs on Medium on issues related to public policy -- mainly on pensions but also on health insurance, the measure of inflation, and the funding of higher education. For the impact of his pensions blogs, Otsuka was ranked #23 of 50, alongside Vice Chancellors, Ministers of State, and top civil servants, on the ‘UK Higher Education Power List’ 2018 of those who had the most influence on this higher education sector that year. According to the assessors: “Pension schemes are complex beasts, with a large number of nested assumptions. So it takes a skilled philosopher to unpick the logic and follow the trails of meaning to their inherent contradictions. In Michael, USS actuaries found a formidable opponent, and it is no exaggeration to say his blog posts changed the course of the dispute.”

See tabs below for recordings and other resources pertaining to the lectures.

Lecture 1: The case for a funded pension with a defined benefit (DB) [MP3]

I begin by drawing attention to the efficiencies in the pooling of longevity and investment risk that collective funded pension schemes provide over individual defined contribution (IDC) pension pots in guarding against your risk of living too long. I then turn to an analysis of those collective schemes that promise the following defined benefit (DB): an inflation-proof income in retirement until death, specified as a fraction of your salary earned during your career. I consider the concepts and principles within and beyond financial economics that underlie the valuation and funding of such a pension promise. I assess the merits of the 'actuarial approach' to funding an open, ongoing, enduring DB scheme at a low rate of contributions invested in 'return-seeking' equities and property. I also consider the merits of the contrasting 'financial economics approach', which calls for a higher rate of contributions set as the cost of bonds that 'match' the liabilities. I draw on the real-world case of the UK's multi-employer Universities Superannuation Scheme (USS) to adjudicate between these approaches. The objectives of the Pensions Regulator, the significance of the Pension Protection Fund, and the decision of Trinity College Cambridge to withdraw from USS to protect itself against being the 'last man standing', all figure in the discussion.

On any sensible approach to the valuation of a DB scheme, ineliminable risk will remain that returns on a portfolio weighted towards return-seeking equities and property will fall significantly short of fully funding the DB pension promise. On the actuarial approach, this risk is deemed sufficiently low that it is reasonable and prudent to take in the case of an open scheme that will be cashflow positive for many decades. But if they deem the risk so low, shouldn't scheme members who advocate such an approach be willing to put their money where their mouth is, by agreeing to bear at least some of this downside risk through a reduction in their pensions if returns are not good enough to achieve full funding? Some such conditionality would simply involve a return to the practices of DB pension schemes during their heyday three and more decades ago. The subsequent hardening of the pension promise has hastened the demise of DB. The target pensions of collective defined contribution (CDC) might provide a means of preserving the benefits of collective pensions, in a manner that is more cost effective for all than any form of defined benefit promise. In one form of CDC, the risks are collectively pooled across generations. In another form, they are collectively pooled only among the members of each age cohorts.

Lecture 3: The case for an unfunded pay as you go (PAYG) pension [MP3]

The previous two lectures grappled with various challenges that funded collective pension schemes face. In the final lecture, I ask whether an unfunded 'pay as you go' (PAYG) approach might provide a solution. With PAYG, money is directly transferred from those who are currently working to pay the pensions of those who are currently retired. Rather than drawing from a pension fund consisting of a portfolio of financial assets, these pensions are paid out of the Treasury's coffers. The pension one is entitled to in retirement is often, however, a function of, even though not funded by, the pensions contributions one has made during one’s working life. I explore the extent to which a PAYG pension can be justified as a form of indirect reciprocity that cascades down generations. This contrasts with a redistributive concern to mitigate the inequality between those who are young, healthy, able-bodied, and productive and those who are elderly, infirm, and out of work. I explore claims inspired by Ken Binmore and Joseph Heath that PAYG pensions in which each generation pays the pensions of the previous generation can be justified as in mutually advantageous Nash equilibrium. I also discuss the relevance to the case for PAYG of Thomas Piketty's claim that r > g, where "r" is the rate of return on capital and "g" is the rate of growth of the economy.

We are grateful to Professor Larry Locke for his illuminating blog post 'Climbing the Pension Mountain: A Review of Michael Otsuka’s 2020 Uehiro Centre Lecture Series' (15 December 2020)

Details of Professor Otsuka's book for the Series will follow in due course.