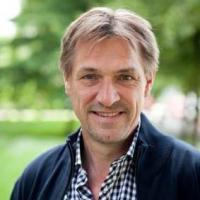 Paul van Lange is Professor of Social Psychology and Chair of the Department of Social and Organizational Psychology at the VU University at Amsterdam, The Netherlands. Most of his research on human cooperation and trust is grounded in psychological and evolutionary theorizing of social interdependence, through which he seeks to understand the functions of forgiveness, generosity, empathy, fairness, morality, retaliation, competition, as well as general beliefs of human nature in various situations. He is published around 150 articles, many of which have received considerable impact in not only psychology, but also in experimental economics, evolutionary (game) theory, and social neuroscience. With various colleagues around the globe, Van Lange has published several books, including the Atlas of Interpersonal Situations (Published by Cambridge, 2003), the Handbook of Theories of Social Psychology (Published by Sage, 2012), Politics, Power, and Paranoia (Cambridge, 2014), and Social Dilemmas:  The Psychology of Human Cooperation (Published by Oxford, 2014). He served as Associate Editor for various journals, such as Journal of Personality and Social Psychology and Psychological Science, is founding editor of an interdisciplinary series on Human Cooperation (Published by Oxford), Current Opinion in Psychology, and has served as Director of the Kurt Lewin Institute (KLI) and as President of the Society of Experimental Social Psychology (SESP).