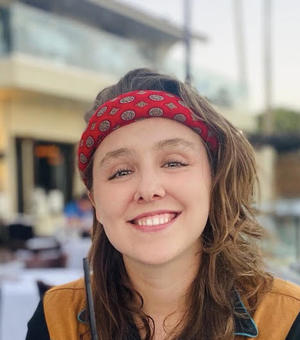 Kat received a BA in Philosophy from New York University (NYU) in 2018 with minors in both Mathematics and Physics. She wrote her honours thesis on consequentialism and an esoteric method for its successful implementation, centred on Book IV of Henry Sidgwick’s “Methods of Ethics”.

Kat then worked in Private Wealth Management at Morgan Stanley and became particularly interested in the practical effects of an ethical mindset on the future of financial markets.

This led her to co-launch Countdown Capital, a Venture Capital firm investing in emerging technologies. Countdown provides both capital and in-house support for companies that are attempting to address the deep ethical issues that inevitably arise from breakthrough engineering.

Her main areas of research focus on such issues, especially those concerning: AI, data privacy, environmental ethics, and the metaphysics of gender.