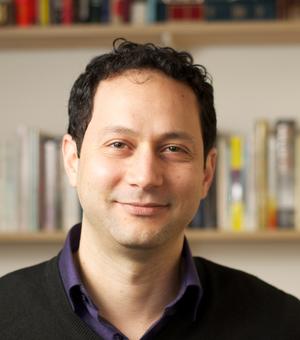 Director of Studies
Guy Kahane is Director of Studies at the Oxford Uehiro Centre. He is also a Fellow and Tutor in Philosophy at Pembroke College, Oxford, and Professor at the Faculty of Philosophy, University of Oxford. Kahane was a recipient of a Wellcome Trust University Award (2009-2014), and has been a Research Fellow at the Uehiro Centre since 2005. He is also an Associate Editor of the Journal of Practical Ethics and was previously an Associate Editor of the Journal of Medical Ethics. Kahane has published over 70 articles, many of which have appeared in leading peer-reviewed journals in philosophy and science, such as Nous, Ethics, Philosophy and Phenomenological Research, Nature, PNAS, and Cognition. His research interests include practical ethics, metaethics, moral psychology and philosophy of religion. Kahane is also actively engaged in interdisciplinary empirical research into the neural and psychological processes that underlie moral decision-making.