The latest issue of the Journal of Practical Ethics, our open access journal in moral and political philosophy, is now available online.

Structural Injustice and the Place of Attachment, Lea Ypi, pp1-21

Reflection on the historical injustice suffered by many formerly colonized groups has left us with a peculiar account of their claims to material objects. One important upshot of that account, relevant to present day justice, is that many people seem to think that members of indigenous groups have special claims to the use of particular external objects by virtue of their attachment to them. In the first part of this paper I argue against that attachment-based claim. In the second part I suggest that, to provide a normatively defensible account of why sometimes agents who are attached to certain external objects might also have special claims over them, the most important consideration is whether the agents making such claims suffer from structural injustice in the present. In the third part I try to explain why structural injustice matters, in what way attachment-based claims relate to it and when they count.

Existing institutions do not seem well-designed to address paradigmatically global, intergenerational and ecological problems, such as climate change. In particular, they tend to crowd out intergenerational concern, and thereby facilitate a “tyranny of the contemporary” in which successive generations exploit the future to their own advantage in morally indefensible ways (albeit perhaps unintentionally). Overcoming such a tyranny will require both accepting responsibility for the future and meeting the institutional gap. I propose that we approach the first in terms of a traditional “delegated responsibility” model of the transmission of individual responsibility to collectives, and the second with a call for a global constitutional convention focused on future generations. In this paper, I develop the delegated responsibility model by suggesting how it leads us to understand both past failures and prospective responsibility. I then briefly defend the call for a global constitutional convention. 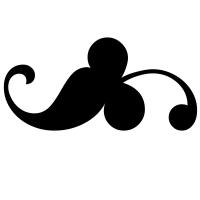 Every issue of the Journal of Practical Ethics is available online, free of charge.  It is an invitation only, blind-peer-reviewed journal. It is entirely open access online, and print copies may be ordered at cost price via a print-on-demand service. Authors and reviewers are offered an honorarium. The Journal aims to bring the best in academic moral and political philosophy, applied to practical matters, to a broader student or interested public audience. It seeks to promote informed, rational debate, and is not tied to any one particular viewpoint. The Journal will present a range of views and conclusions within the analytic philosophy tradition. It is funded through the generous support of the Uehiro Foundation in Ethics and Education.