Based on the study of neuroscientific developments and innovations, examined from different angles, this Handbook provides a comprehensive overview of the international neuroethical debate, and offers unprecedented insights into the impact of neuroscientific research, diagnosis, and therapy. Neuroethics – as a multi-disciplinary and inter-disciplinary endeavor – examines the implications of the neurosciences for human beings in general and for their self-understanding and their social interactions in particular. The range of approaches adopted in neuroethics and thus in this handbook includes but is not limited to historical, anthropological, ethical, philosophical, theological, sociological and legal approaches. The Handbook deals with a plethora of topics, divided into in three parts: the first part contains discussions of theories of neuroethics and how neuroscience impacts on our understanding of personal identity, free will, and other philosophical concepts. The second part is dedicated to issues involved in current and future clinical applications of neurosciences, such as brain stimulation, brain imaging, prosthetics, addiction, and psychiatric ethics. The final part deals with neuroethics and society and includes chapters on neurolaw, neurotheology, neuromarketing, and enhancement. 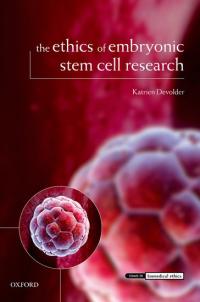 Embryonic stem cell research holds unique promise for developing therapies for currently incurable diseases and conditions, and for important biomedical research. However, the process through which embryonic stem cells are obtained involves the destruction of early human embryos. Katrien Devolder focuses on the tension between the popular view that an embryo should never be deliberately harmed or destroyed, and the view that embryonic stem cell research, because of its enormous promise, must go forward. She provides an in-depth ethical analysis of the major philosophical and political attempts to resolve this tension. One such attempt involves the development of a middle ground position, which accepts only types or aspects of embryonic stem cell research deemed compatible with the view that the embryo has a significant moral status. An example is the position that it can be permissible to derive stem cells from embryos left over from in vitro fertilisation but not from embryos created for research. Others have advocated a technical solution. Several techniques have been proposed for deriving embryonic stem cells, or their functional equivalents, without harming embryos. An example is the induced pluripotent stem cell technique. Through highlighting inconsistencies in the arguments for these positions, Devolder argues that the central tension in the embryonic stem cell debate remains unresolved. This conclusion has important implications for the stem cell debate, as well as for policies inspired by this debate.

"As an academic bioethicist with experience in the clinical setting, it is important to me that context and morality are married. Devolder's book accomplishes this task nicely, beginning in the introduction with a consideration of the potential use of embryonic stem cell (if not the embryo as a whole) for the alleviation of pain and disease. She convincingly directs us towards our moral obligation to allieviate suffering, underscoring that embryonic stem cell research is thus a moral enterprise." - Ayesha Ahmad, London School of Economics, Times Higher Education

"In her small but well written and insightful monograph Katrien Devolder is focusing on these "middle-ground positions" together with technical solutions to the dilemma. The author has been working on reproductive ethics in general and on embryo and stem cell research ethics in particular for more than ten years. Her book is based on several previously published articles, but it is far more than a mere collection or a re-use of essays." - Marco Stier, Ethical Theory and Moral Practice

"Devolders study is a tour de force, exhibiting real skill and imagination in the use of analogies to test our moral intuitions...The Ethics of Embryonic Stem Cell Research is a solid contribution to our stem cell debates. Neither partisan nor committed to advocacy for any side, it displays epistemic honesty and exhibits the value of philosophical analysis at its best." - Ronald M. Green, Monash Bioethics Review 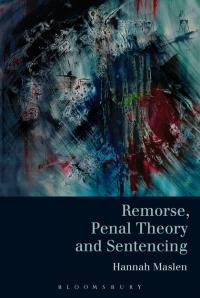 This monograph addresses a contested but under-discussed question in the field of criminal sentencing: should an offender's remorse affect the sentence he or she receives? Answering this question involves tackling a series of others: is it possible to justify mitigation for remorse within a retributive sentencing framework? Precisely how should remorse enter into the sentencing equation? How should the mitigating weight of remorse interact with other aggravating and mitigating factors? Are there some offence or offender characteristics that preclude remorse-based mitigation? Remorse is recognised as a legitimate mitigating factor in many sentencing regimes around the world, with powerful effects on sentence severity. Although there has been some discussion of whether this practice can be justified within the literature on sentencing and penal theory, this monograph provides the first comprehensive and in-depth study of possible theoretical justifications. Whilst the emphasis here is on theoretical justification, the monograph also offers analysis of how normative conclusions would play out in the broader context of sentencing decisions and the guidance intended to structure them. The conclusions reached have relevance for sentencing systems around the world.

“[A] very readable book...one which summarises theoretical writings in ways which are very engaging...It is like eaves-dropping at a conference of penal philosophers, with a glass of wine in your hand.” –  Nicola Padfield, The Cambridge Law Journal